Yesterday, a three-judge panel in North Carolina ruled that Republicans’ partisan gerrymandered legislative maps are unconstitutional in a “sweeping, emphatic decision” that is a “huge win for voting rights advocates” and a “major blow to Republicans who control the legislature.”

Republican leaders announced they won’t challenge the ruling in “a surprising but logical concession” as “their odds of triumph are slim.” They have until September 18th to redraw the districts entirely in public view – any computer screen they use has to be visible to the public. With “all roads lead[ing] to new legislative maps,” the path to the majority for legislative Democrats just became clearer.

Read what reporters in North Carolina and across the country are saying about the historic decision: 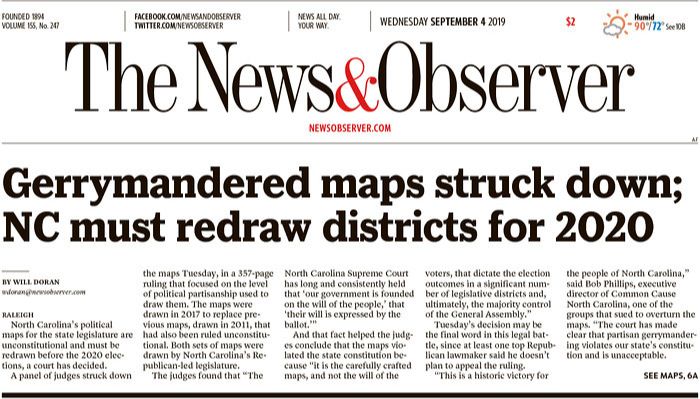